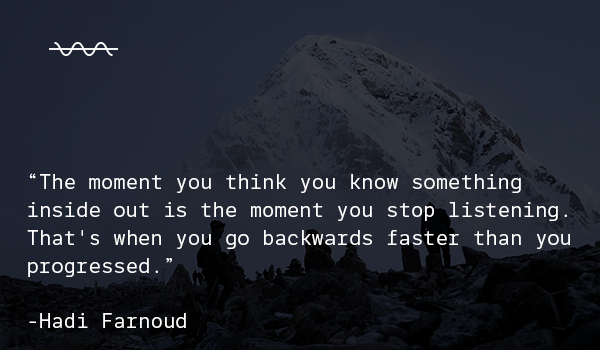 The higher you go, the steeper the climb.

The average American “peaks” in their career at 45 years old, despite the fact that they have decades more to contribute.
Why?

Statistically, you are going to be surrounded by people smarter than you much more in your 20s than your 30s.

This happens less in your 30s, but still more so than in your 40s.

But beyond that, there is a high probability you won’t be around people who challenge you very often.

This is also why 50% of marriages and friendships don’t last more than 8 years. We don’t fall out of love nearly as much as we fall out of effort.

Want to beat the trend?

Do you want to keep growing beyond 45?

Strive to be the dumbest person in the room as often as you can.

Humble yourself against their experience. Learn from their mistakes and let them tell you when you’re screwing up.

Your journey will get significantly steeper and harder too, but would you rather be remembered for making it to the peak or for going home early?

You’re going to look back and laugh at what an awesome adventure it was, and not wonder for a second if you could have done more with the brief time you had on planet earth.

Brandon Welch
Husband, dad, and seeker of clarity in communication. Brandon and his team help suck the hot air out of marketing and tell it like it is.
Recent Posts
GET YOUR WEEKLY DOSE OF FRANK 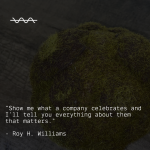 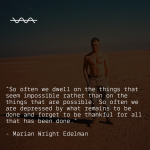